Important News: Beavers have been recognised as a native species in Scotland. We are looking foward to hearing the Welsh response to this great piece of news.

Although formerly widespread, the last beavers in south west Wales were hunted out for their fur in the 1600s. As a keystone species they can have major beneficial impacts to rivers and lakes. See below for basic information about beavers.

In July 2015 we submitted an application to Natural Resources Wales to reintroduce the Welsh Beaver. The application is to establish ten pairs along the River Cowyn and Nant Cennin in Carmarthenshire. Since then we have hosted a number of meetings and field days with interested stake-holder groups and signed an MOU with Wildlife Trusts Wales. Fifty farmers and land-owners along the entire length of the river have signed off to support releases or to permit monitoring.

You can monitor progress of the application by following our Blog.

We have also relied heavily on collaboration with Scotland and England. The Scottish Beaver Trial culminated in a very comprehensive 200 page report to the Scottish Government, covering 20 years work on beaver re-introductions in Scotland and in Europe. www.snh.gov.uk/beavers-in-scotland. Gaywood, M.J. 2015. Beavers in Scotland: A Report to the Scottish Government. Scottish Natural Heritage. The report is supplemented by the Final Report of the Beaver Salmonid Working Group. 2015.

The National Species Reintroduction Forum, Scottish Natural Heritage. The English Beaver Trial, based on the River Otter in Devon, has also produced a very ambitious monitoring plan and management strategy. http://www.beaversontheotter.org/  See Elliott, M. River Otter Beaver Trial, Monitoring Plan April 2016 and the River Otter Beaver Management Strategy January 2016. The River Otter has many similarities to the River Cowyn, it runs through similar ecological and land-use zones, being a mix of livestock and arable farming, with some towns and roads. It is also a spate river in an area with similar rainfall. The results coming out of this study will be directly transferable to the Carmarthenshire situation.

We started with our first pair of beavers on the farm in 2014 and currently have two pairs of beavers in natural enclosures and another pair on the lake. This has given us the opportunity to study beavers in detail throughout the year under local conditions, see what they do and how to manage them. Three of us also attended a beaver management course in Bavaria. 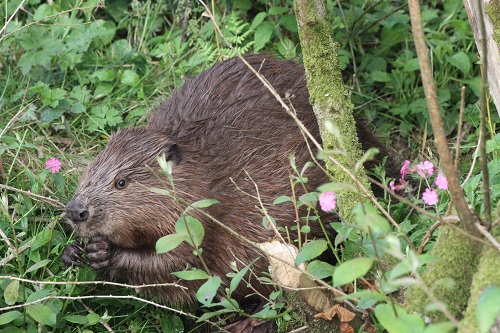 As of May 2017 the licence application is still on track, working its way through tortuous administrative procedures, but we are optimistic that we will be able to get the first pairs out this year. The Wildwood Trust (www.wildwoodtrust.org ) and Derek Gow Consultancies (www.watervoles.com ) have both offered us some captive-bred beavers and we hope also to supply some from our own stock in 2017. 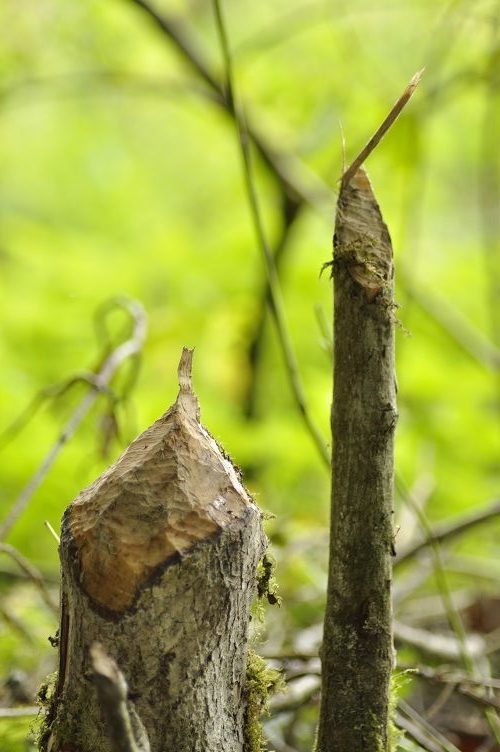 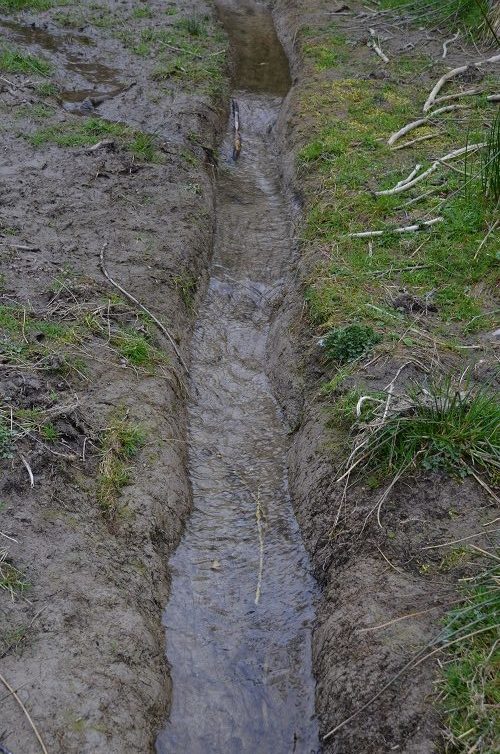 Welsh Beavers were hunted to extinction for their fur for hats. They probably died out in Carmarthenshire in the 1700s – about a hundred years before the Rebecca Riots.

The Welsh Government has signed up to restore them under the EU Habitats Directive and the Afon Cywyn and Nant Cynnen catchments in Carmarthenshire are the proposed sites for the first planned releases of captive-bred beavers.

Beavers are large rodents and can weigh over 25kg – the size of a spaniel. They have 2-3 kits per year and live in close-knit family groups. They are highly territorial against other beavers.

They are mainly nocturnal.

Beavers are aquatic mammals and rarely move more than 20m from a watercourse in search of food. They are timid and cannot run. When frightened they go to deep water.

Beavers are strict herbivores and do not eat fish. They eat herbaceous vegetation during the summer months and woody shoots during the winter – they coppice trees, especially willow, to eat the leaves and bark. They help the river ecology by opening up the canopy, which encourages the growth of more plant and invertebrate species.

Beavers do not have a significant impact on agriculture or forestry. They can have localised impacts and will eat certain crops – such as maize and root vegetables – however they will only do so in areas within about 20 metres of water and can be excluded using a proven range of techniques such as tree guards or electric fencing.
Beavers only build dams where water is shallow – they do this to easily reach vegetation in the surroundings and to provide a safe haven.

They are true natives and have lived in Welsh rivers for thousands of years. They are not aliens like mink, grey squirrels, pheasants or rainbow trout.

Beavers live in ‘lodges’ constructed of mud and timber or in burrows. These can be on the riverside or under banks and are accessed by underwater tunnels.

Beaver dams have a significant impact on slowing down water run-off during periods of both flood and low water. Actively managed beaver dams generally stay in place during floods, with water flowing over the top. Where dams have been abandoned their deterioration is slow and seldom cause problems. Dams help filter slurry pollution and reduce top soil loss by sedimenting the soil particles.

Beavers generally have a positive impact on fish populations by creating pools and refuges for fish and their fry. Beaver dams may impede the passage of migratory fish but when the river rises during rainy periods, water overflows the dam and fish can get past.
Beavers are not currently a protected species in the UK. In the future beavers will be given the same level of protection as otters and other European Protected Species. However licences will be available to manage any problems arising from beaver activities.
Although theoretically they could carry bovine TB there have been no reported cases of bovine TB in beavers in Europe or UK. Due to their largely aquatic lifestyle, they do not come into close contact with livestock. Cattle are more likely to contract TB from infected cats, dogs or humans.

Beavers are good to eat. In medieval times they were classed as ‘fish’ which meant that they could be eaten during Lent!
The application is supported by numerous wildlife, farming and fishery groups and the project has a study pair of beavers which can be visited by appointment. 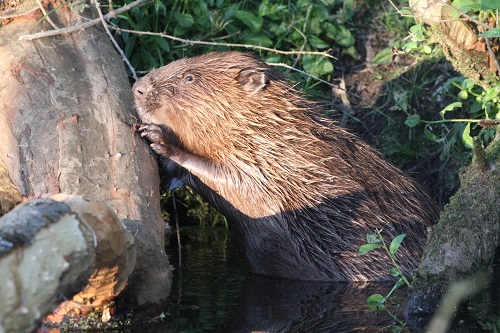