Watch red kites filmed from the air on our farm 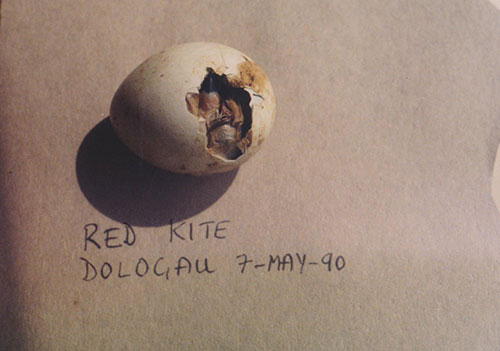 Shakespeare wrote ‘When the kite builds, look to lesser linen’. Kites were common scavengers then and they line their nests with wool and old cloth. But in Victorian times kites were decimated by gamekeepers and died out in England and Scotland.

In 1985, the British population was down to about 25 breeding pairs in mid-Wales. Their productivity was seldom more than one chick each, and many nests were robbed by egg-collectors, despite intensive wardening, even by the Ghurkhas. We were breeding various raptors at our farm in Wales at that time, and also, 15 years earlier, had hacked out goshawks in the goshawk re-introduction programme. So I approached the Kite Committee and suggested that the Nature Conservation Council (now JNCC) took eggs from threatened nests and replaced them with dummies, bringing the real eggs to us for hatching. In 1986 they visited our facility and we showed them what was possible with artificial incubation and rearing. They agreed, and in the 1987 season the first kite eggs were delivered by field-workers Tony Cross, Iolo Williams and Dee Doody. Some of the eggs were pretty filthy! 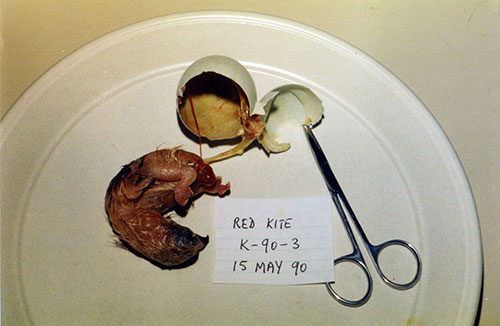 Over the next seven years we hatched or reared 53 Red Kites and all were released to the wild. The project was so successful that soon we ran out of foster nests in Wales and that led to the next stage, which was to establish them in England and Scotland.

Various incidents occurred along the way. One year the field team, using a car wing mirror on a telescopic pole, spotted a very strange egg in the nest of a new pair. The pattern looked familiar. Tony Cross climbed up and retrieved – a tennis ball! The young female, presumably not laying herself, had brought it to the nest and started to incubate it. So Tony replaced it with a Buzzard egg, which eventually hatched. Then we swapped the buzzard chick with a red kite chick from us, so eventually the pair succeeded in fledging a kite chick of their own! 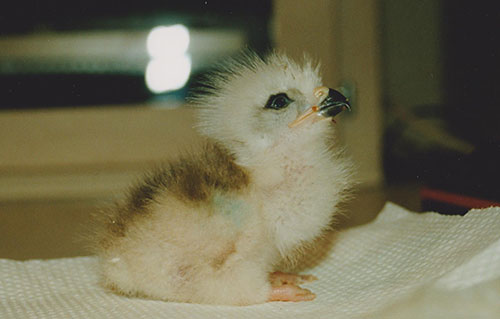 The general plan had been to take one egg from a clutch of two, replacing it with a dummy, so that the kites could hatch their remaining egg, then place a second chick in the nest from the egg that had been artificially incubated. We had a foster-Buzzard to rear the chicks. She was an imprint called ‘Beast-that-lurks’. For some reason BTL was nice to me but horrid to anyone else who so much as approached her door. She would wait on the floor to grab them if they opened it. BTL could rear 12 kite chicks a season on a roll on-roll off basis. There were no Cain and Abel squabbles. BTL would feed all the chicks to repletion and then sit on them until next feed time. The result of this was that our chicks were fed well and grew rapidly. But when we came to return a chick to its natural parents at 3-4 weeks old, we found that the original chick was barely half the size. Our chick would have killed it. So we had to do ‘musical chairs’ with the chicks to get them into matching pairs. 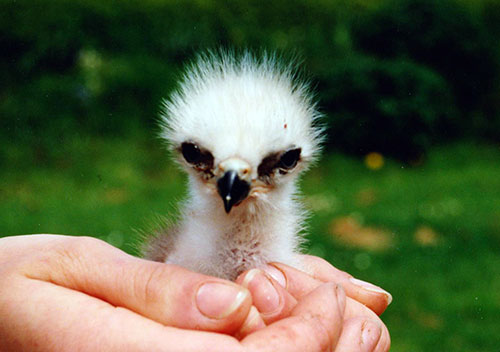 It was clear from this that the kites in mid-Wales were under food stress. That is why they could only rear one, poor quality chick. Often they were reduced to feeding rotten lambs’ tails that had fallen off the lambs, complete with the rubber ring. Of course this would impact in the gizzard and kill the chicks. Although the kites had hung on in mid-Wales, where there were no game keepers to kill them, the habitat was far from ideal. So it seemed better to increase their range, either from the edges, or to start again in a new area where there was more food available.

As the project became more successful, more organisations became interested. The RSPB made a film in 1990 and we hatched chicks for the film in replica nests in our lab. Did we get a free copy of the film? No, we had to buy our own for £14! 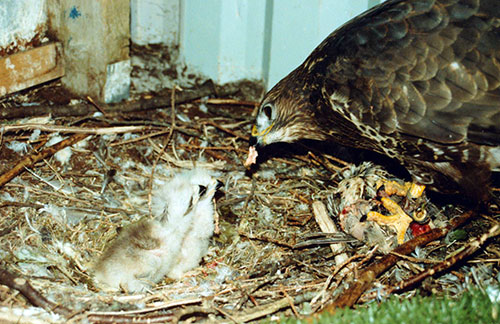 There was a bit of politics going on around this time. The iconic Red Kite had become very emblematic of Wales. The Welsh were not keen to supply kites to the English. Also, as the Welsh kites had been through a genetic bottleneck and were very in-bred, fresh blood was needed. So we cast around to see if any neighbouring countries would donate kites and as a result, a plan was made to import kites from Spain for the English releases, and from Sweden for the Scottish releases, starting in the Black Isle. Chicks bought in from the continent still had to be quarantined before release and I designed a hack pen which could serve both purposes. When the first pen was ready on an estate near Stokenchurch I took two Welsh Kite chicks which were ready for release but had no foster nest available, in the old Cortina and put them into the release pen. So they were the first kites to fly again in England since extermination in Victorian times. 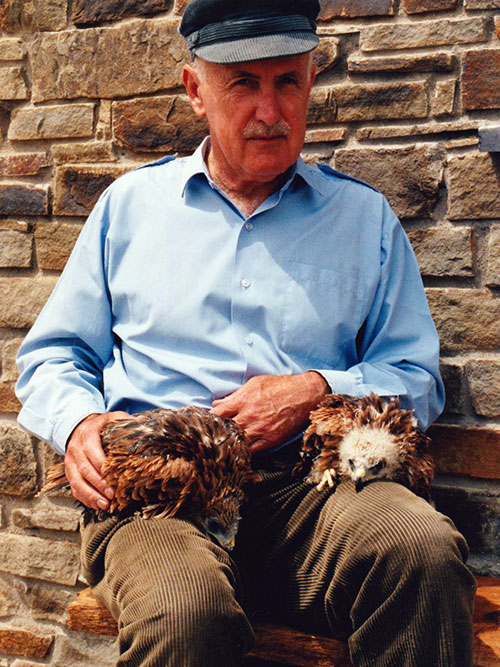 Feeding stations were set up in Wales to help kites through the winter months. At this time there was a clamp-down on dead farm stock and farmers had to remove all dead animals and incinerate them. This drastically reduced food availability for scavengers during the hard months. Nowadays the feeding stations have to use butchers meat, which is not a balanced diet for kites and has further implications. But the kites are compensating by attending rubbish dumps! Of course the releases in England and Scotland were spectacularly successful. With more food around, they often reared three chicks per nest. Soon these chicks were moved on to new release areas. We had kites flying all over the place and the new populations started to link up. By then there were plenty of people and organisations jumping on the band wagon, so I retired from the UK Kite Committee. The project is a success and the work was done. The kites became a multi-million pound jobs gravy train for tourism and conservationists. Now I can look out of my office window across the valley and sometimes see a dozen kites, not to mention buzzards, and occasionally a goshawk as well! 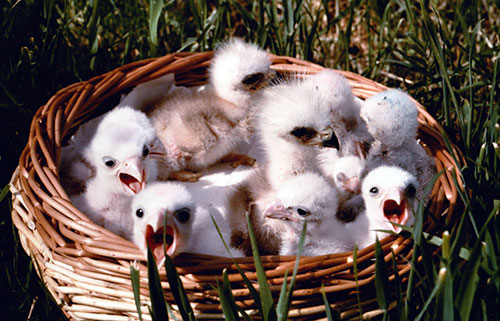 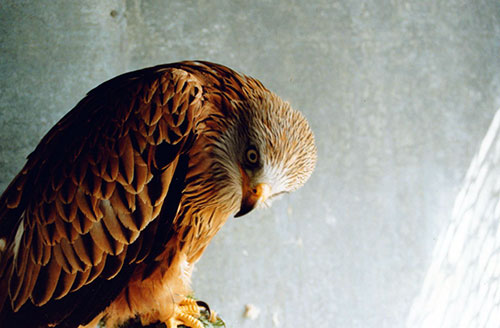