By The Bevis Trust In Countryside, Farming and Wildlife | November 8, 2016

October has been dry and we have had a lovely Indian summer. Yesterday there were still dragonflies on the ponds. We have been very busy on the farm making the most of it while it lasts. Pete, James and Linda finished the fiddly bits of fencing down at Skinny Dipping Pond that has now become a 2.5 acre beaver enclosure. I built a temporary lodge for them up against an upturned root plate. They also have a lodge on the island with a tunnel under water, but the lodge was only built for two, and we plan to move a whole family of five.

We started trapping in the top pond and immediately caught both adults in one of our Bavarian beaver traps. 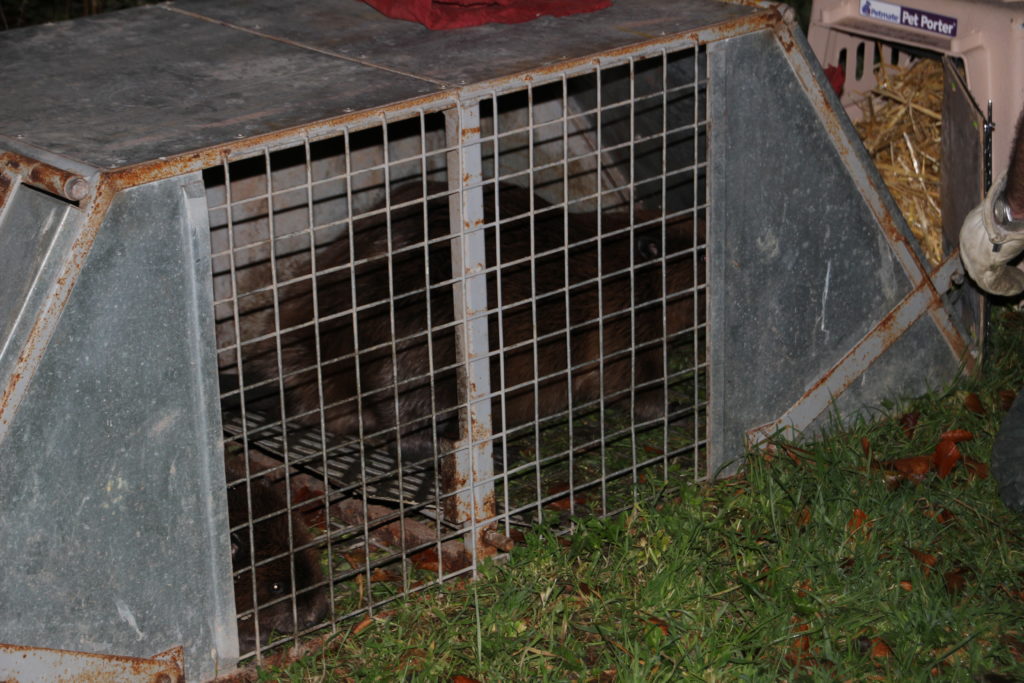 I can monitor the traps from the house using a thermal imaging scope. At this time of year it is the only way to watch beavers. It took four of us to get them out of the trap, into boxes, up the field and into the Landrover, and then up to the barn at Blaencwm. We had prepared a temporary holding pen for them there in a big barn, with a straw lodge, two water tanks and a lot of fresh cut willow. Two nights ago we caught one of the kits and we put it with its parents.

Yesterday, everything was ready so we weighed each one and plucked hair samples with follicles as a DNA record. Sexing beavers using anal gland secretions is a bit of a knack, but Drew managed to find nipples on the adult female, which is a bit of a giveaway. The kit defied us for sexing though. We microchipped them under the skin just before the tail root. The tail itself is very tough and hard to put a microchip in, but we need the chips as close to the ground as possible so that we can use plate chip readers set on beaver trails to monitor beaver movements. 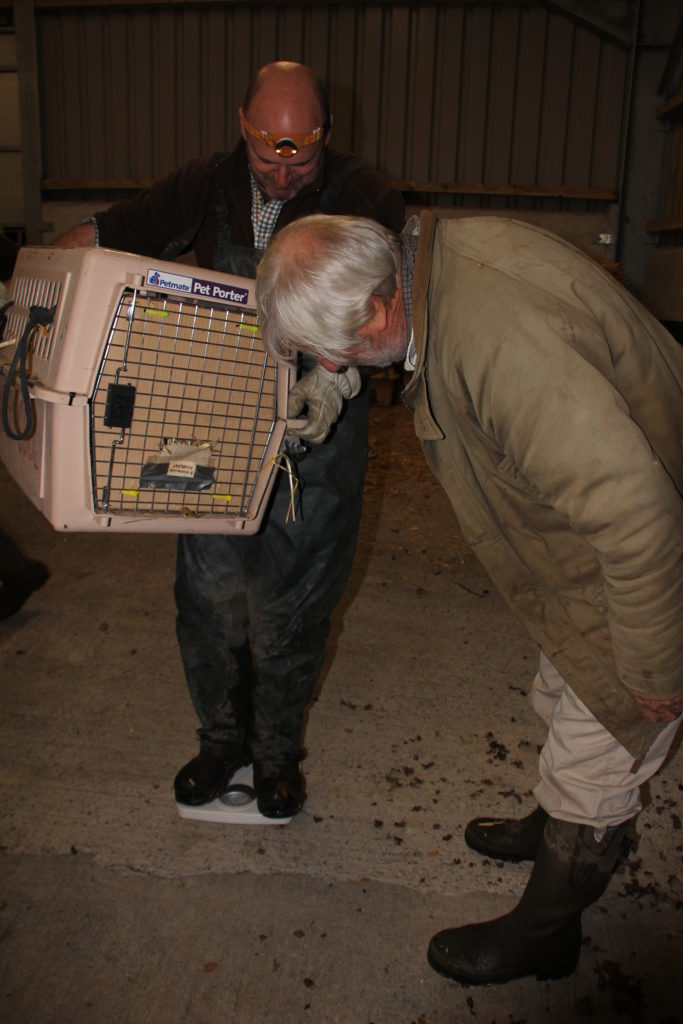 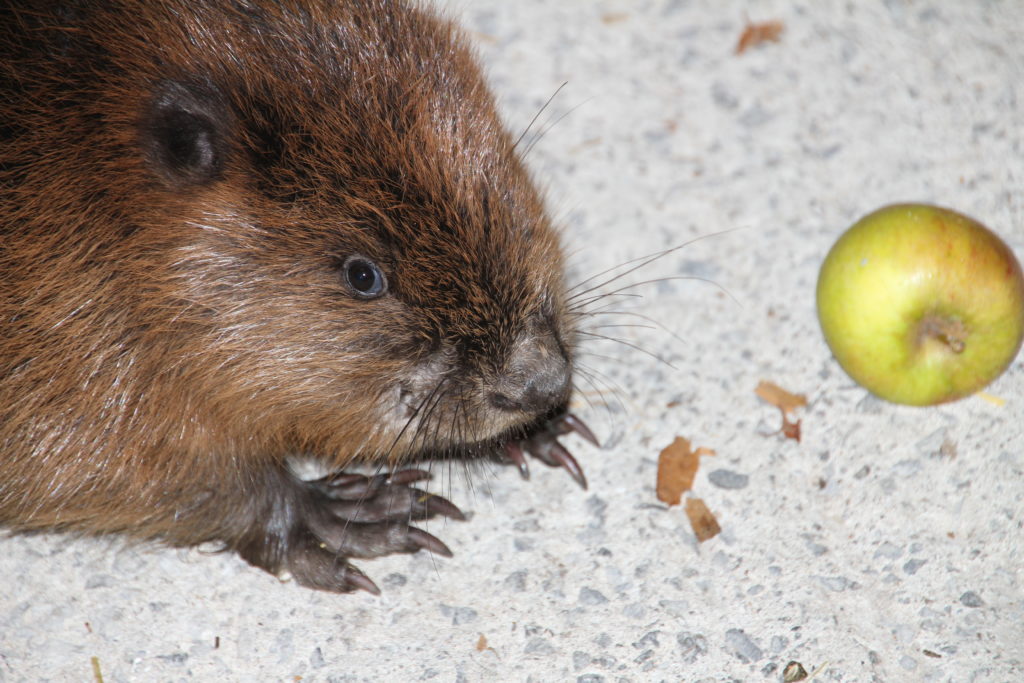 We took the beavers down to the new pond on quad bikes and they spent a happy couple of hours thoroughly investigating their new home. Beavers really do not like to be away from water and at no time did they stray more than two metres from the edge. But soon they will start making little ponds and channels in the bog and this will make them feel more secure. They still have time to make a burrow or lodge and start collecting food to store for the winter. They have plenty of feed in the area. Last winter I ‘starbursted’ quite a few willows. Basically cut half through the stems so that they flopped out onto the ground like petals. Now each fallen branch has got new shoots 1.5 metres high, prime beaver tucker. 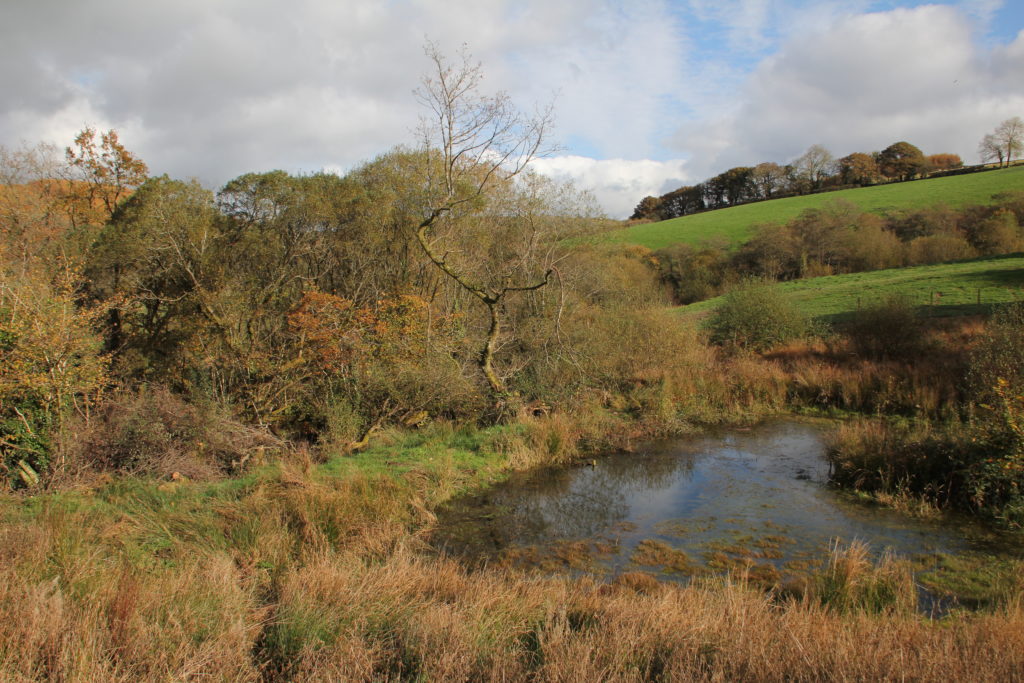 We still have two more kits to catch. They are weaned now and able to survive alone, but the sooner we can catch them and put them back with their parents, the better. This is all good practical management experience for us which is very useful. Beavers are very tough and wriggly, it is not at all like handling falcons! For beavers to successfully re-colonise Wales without causing any problems, we need to have a core team of people with practical management skills. The new Handbook on beaver management is excellent and covers all aspects, but there is nothing like actually doing it all. Fortunately Wales is probably the best suited part of Britain for beavers. With a high rainfall, little arable, and a low human population, it has many quiet boggy valleys which are prime beaver habitat.