Bryony Coles, formerly Professor of Prehistory at the University of Exeter has just published an interesting book: Avanke, Bever, Castor: the story of Beavers in Wales. She examines the evidence for the presence of Beavers since the last Ice Age, as sub-fossil remains, in place names and myths, and in the written records since Geraldus Cambrensis at the end of the 12th century. She brings back to life how the beaver had a rightful place in the ecology and culture of Wales before humans killed it off – when? That is the question! Records of beavers into the 17th century become dim, but one is left wondering: just how long did the beavers hang on quietly in some of the secret boggy valleys of Wales? Beavers can be very obvious, and yet also, sometimes they can be completely over-looked. 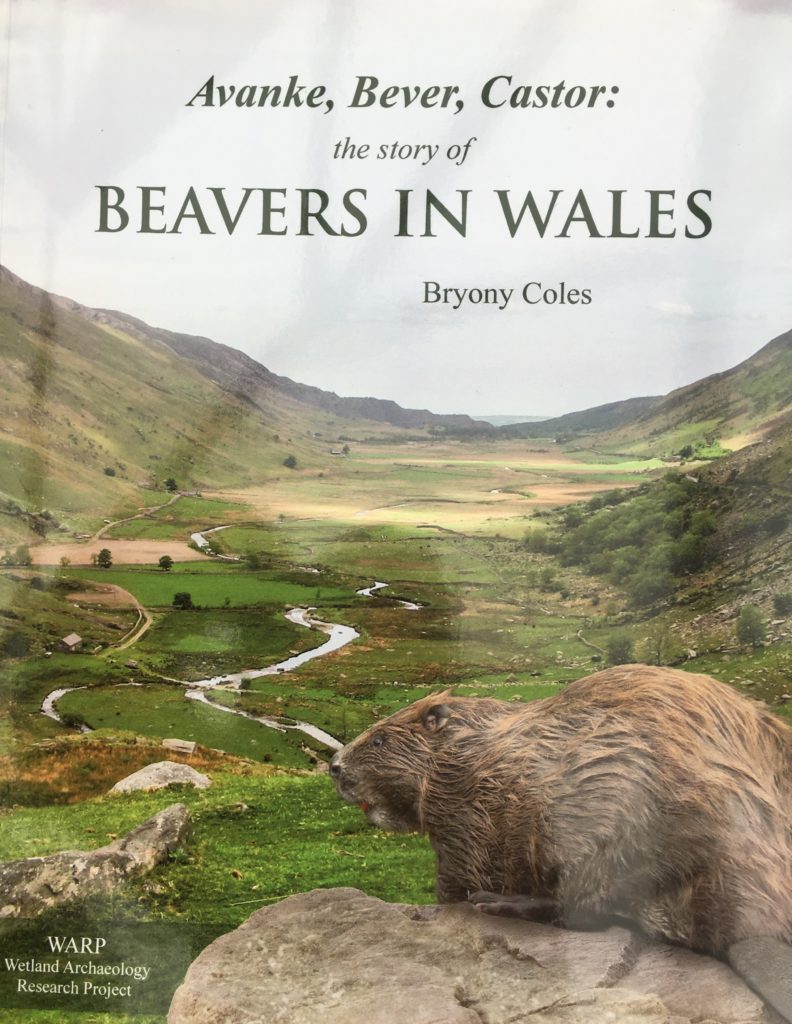 On our farm, down below Cwmduhen, we have a big boggy stretch of the river now overgrown with alder and willow. In it are various ‘canals’ making a network totalling about 200m. They are irregular in direction but with parallel sides and the water in them is either very gently moving or static. These canals are visible in early spring and have remained unchanged certainly in the thirty years or so that I have known them. Are they old beaver canals? One of the pictures below is a real in-use beaver canal inside an enclosure in the same valley. The other pictures are of the old canals. Can you tell which one is definitely beavers’?
Intriguingly, Bryony documents beaver-chewed sticks carbon-dated from 1500 BC to 300BC at Newton Moor near Cowbridge, and at Caldicot. Beaver-gnawed wood with the trademark chisel teeth patterns have been found at many sites from the medieval periods. Our bog itself may be made up of sediments from a long-silted up beaver pond. Wouldn’t it be exciting if Bryony’s students could do a dig there and discover the original dams with signature teeth marks? That would be a little paw reaching out to us across history. 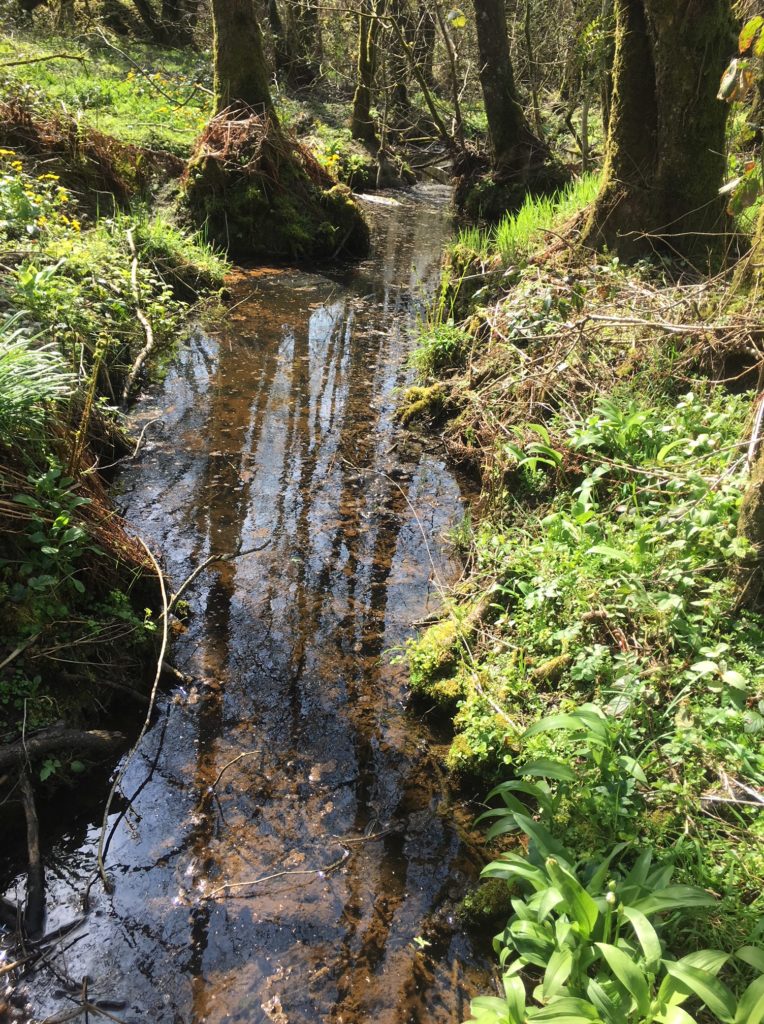 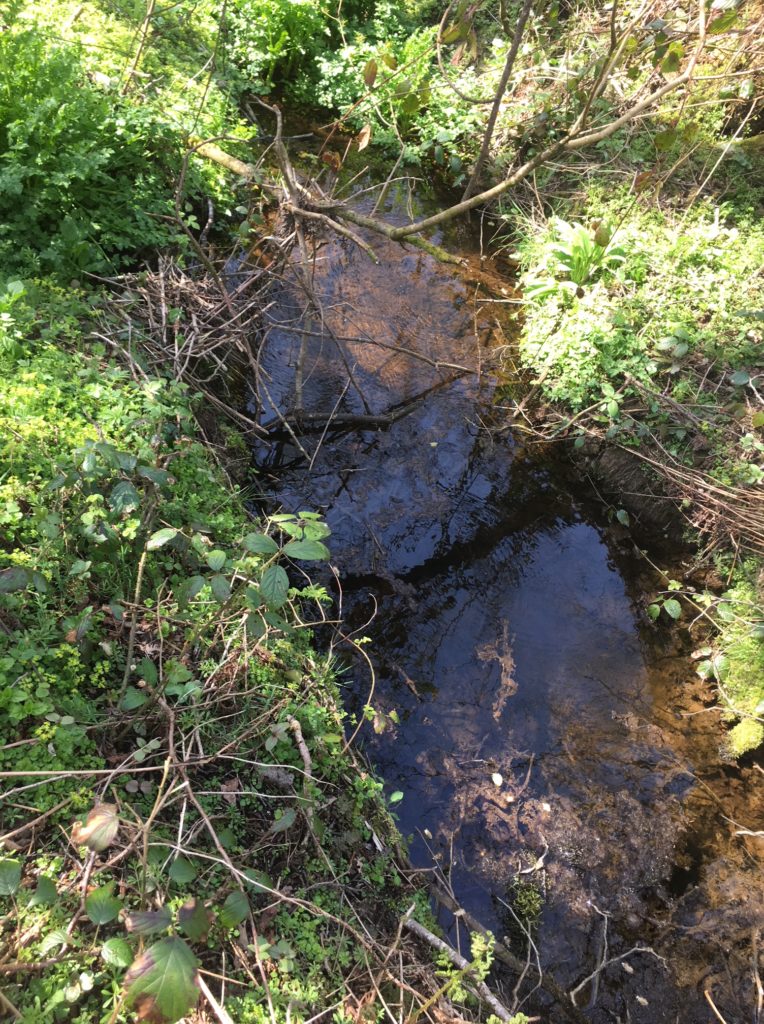 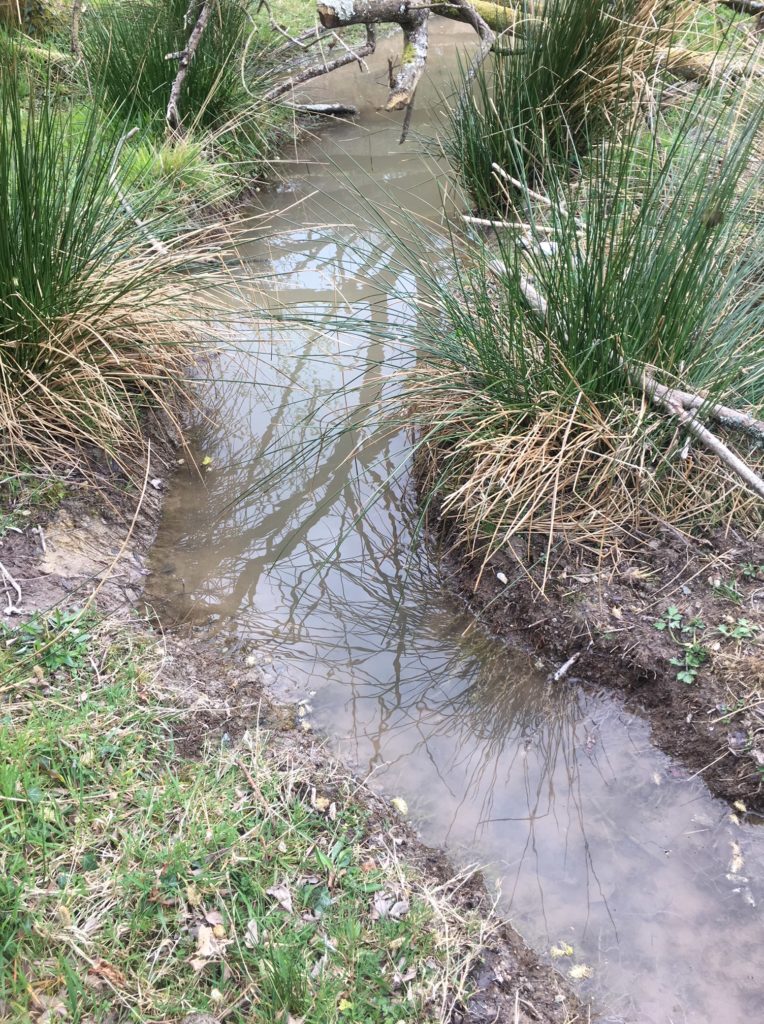