By The Bevis Trust In Animal Welfare, Conservation, Farming and Wildlife | April 24, 2019

DEFRA has rescinded the General Licence to control a number of pest species such as crows, following a legal challenge by a pressure group ‘Wild Justice’. Now DEFRA are busy sorting out a new legal route which no doubt will entail more red tape and a wider disregard of the law in the countryside. Crows are in no danger of extinction and need no legal protection. This is what they can do to sheep. This ewe was cast trying to lamb and the crows pecked her eyes out, ripped out her udder and tore the tongue out of her half born lamb. I had to shoot her. 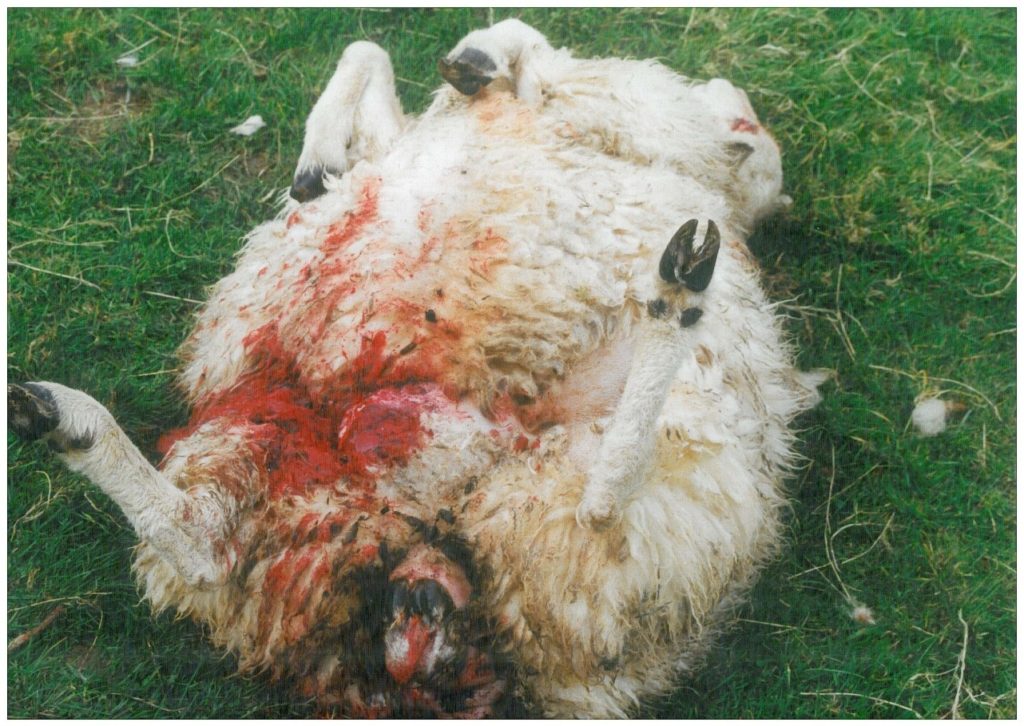 While people are busy protecting crows, the domestic cats are getting away with blue murder. At this time of year they are killing and maiming millions of vulnerable fledgling birds. Yesterday Jimmy and I passed a cat on the Meidrim road with a slow-worm in its mouth. We managed to grab the slow-worm (which had already lost its tail) and Kerry is nursing it. It has got several puncture wounds and it is touch and go for it. If it makes it, it can re-grow its tail and we can release it back to the wild.

This baby wren stands no chance with cats about.