By The Bevis Trust In Animal Welfare, Conservation | March 27, 2018

Although the white stork is doing pretty well in Europe (but it’s part of a very small group doing well, many more are in dire straights) it has been absent from Britain since 1416. Moves are now afoot to get the white stork breeding in Britain again and we have been lucky enough to be included in this new white stork breeding programme. A group of storks were brought over from a rehabilitation centre in Poland and distributed to various centres around the UK. These storks have all been injured through collisions with power lines and many are wing amputees. It makes them a little ungainly on the ground but other than that they manage to cope very well. 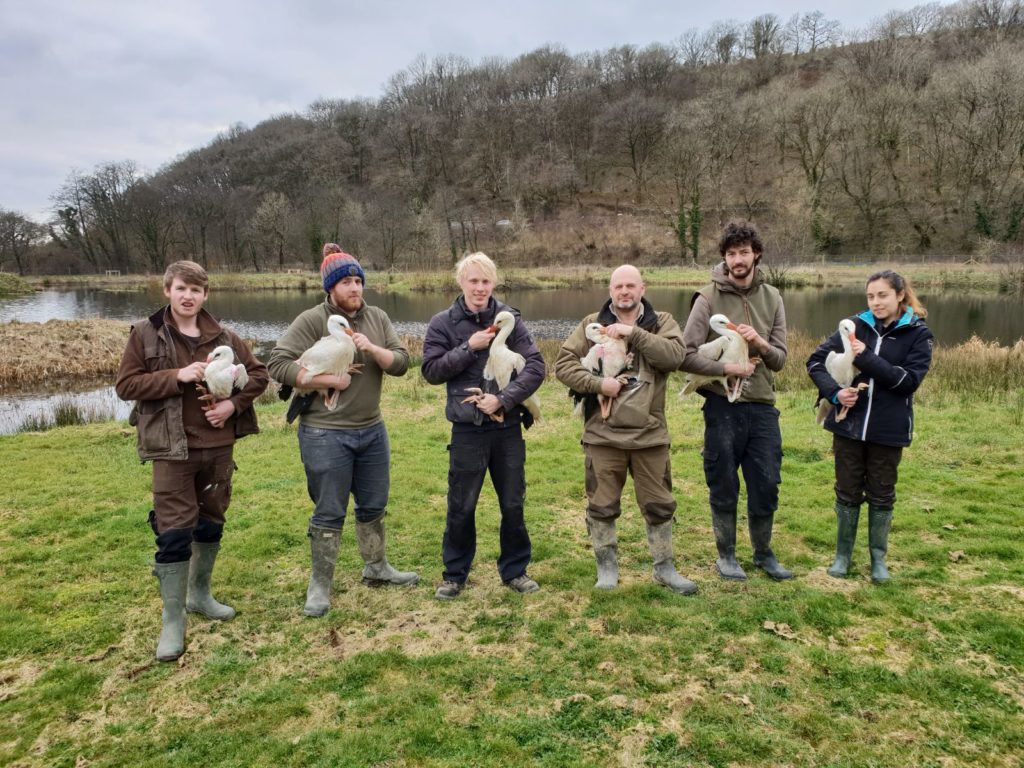 We kept them in a holding pen through the worst of the weather and last week when it started to warm a little we took them down to Ricketts Mill and gave them their new home. The lakes, ponds and boggy bits encourage huge amounts of food for them but we are also buffer feeding them to reduce impact on the pen. 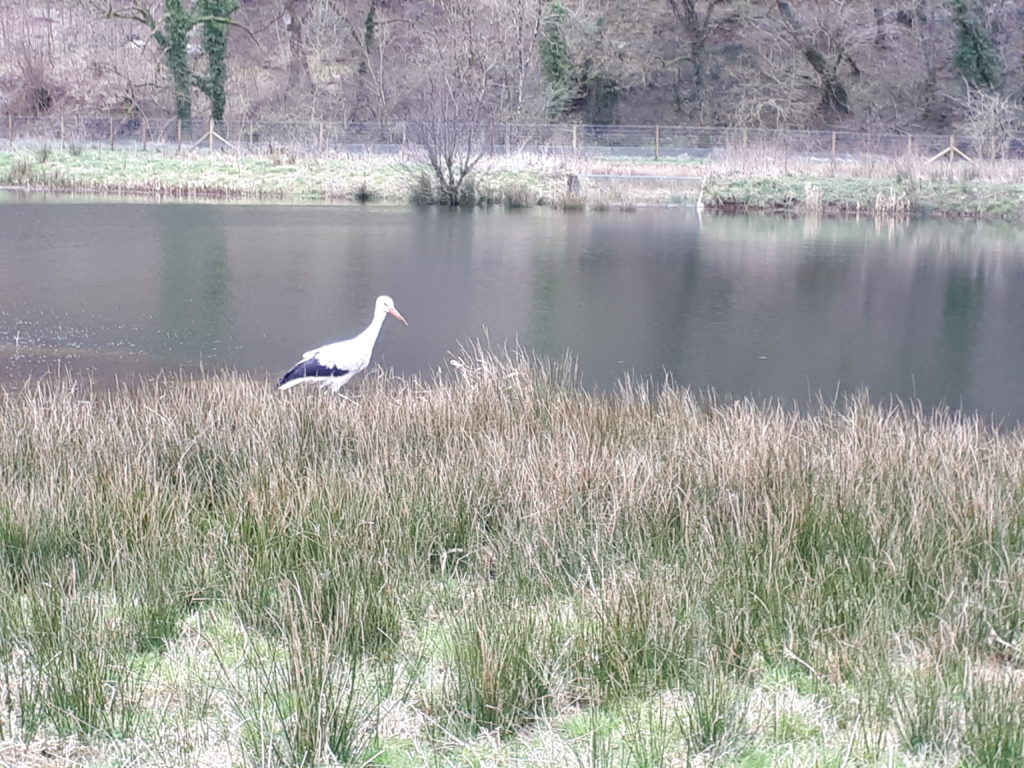 On release they gave themselves a bit of a shake down, looked around and stomped off as if they had been here all the time. Pete has built them some starter homes – platforms low enough for them to get up on to and build their nests. We will start to put a few sticks on the platforms in the coming days and hopefully they will join in. They probably won’t breed this year but you never know.

It’s truly rewarding to be involved in a project such as this and we hope to be able to contribute chicks towards the reestablishment programme when the storks breed.